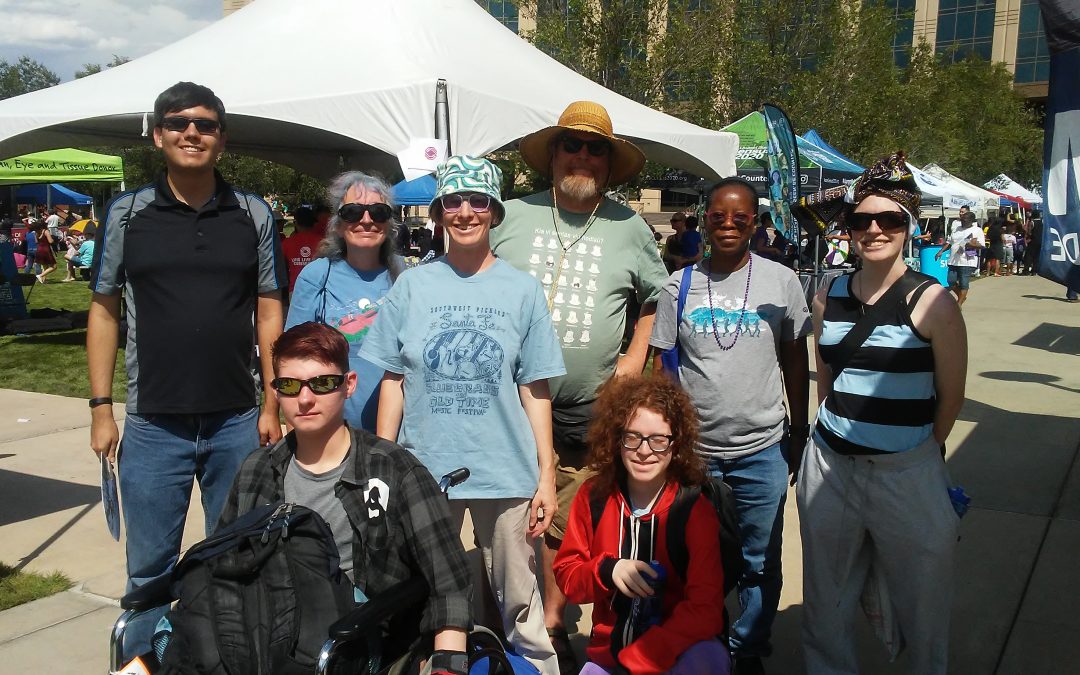 Esperantists from around the state of Colorado gathered on Saturday, August 17, 2019, for the Esperanto Parallel Universe event.  The Event was organized by Roberto K., of the Denver Esperanto Meetup, and was a smashing success.

Esperantists, came from Denver, Alamosa, Colorado Springs, and other locations to participate.  The event began with lunch at BJ’s.  Then Esperantists took a short walk through sunny Denver to Aurora Global Fest.  After the Global Fest, we played games in a community room next to a park.  Then was dinner at Taj’s Indian restaurant.

Attendence was about 8 different Esperantists throughout the day, ranging from beginners to people fluent in the languange.  The company was amazing, as was the food.  Parallel Universe in Denver was a successful and fun event.