A Message to our members: On Wednesday, celebrate Universal Children’s Day 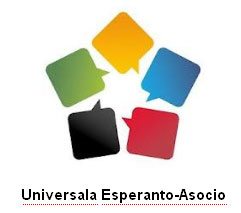 The coincidence of the month and day is no accident: as early as 1954 the General Assembly designated November 20 as the Universal Day of the Child, aiming to promote international solidarity, awareness among children everywhere, and betterment of children’s well-being. The Declaration of 1959 was a product of this raised awareness – as was the Convention of 1989.

It was in 1946 that the United Nations established UNICEF, as a UN fund to assist children who had suffered in the Second World War. In later years, its mandate expanded, and in 1953 it became a permanent arm of the UN under the general aegis of the Economic and Social Council, and with responsibility for a wide range of activities to protect the interests of mothers and children. Its annual report The State of the World’s Children became a guide for UN activities in this field. The 17 Sustainable Development Goals adopted by the United Nations in 2015 to establish priorities in the area of development, give particular attention to children, their health, their education, and their general well-being. And of course one of the essential concerns of UNESCO is the education of our children.

Parents, teachers, nurses and doctors, government leaders and civil society activists, religious and community leaders, business people and media professionals, along with young people and children themselves, can play an important role in raising appropriate awareness of Universal Children’s Day in their own societies, communities, and nations.

And Esperanto speakers, who link people across national and generational boundaries, can put special emphasis on the situation of children across the world by intervening with the people mentioned above. They can also take entirely personal and modest action – thanking a teacher, doing something special for a child, giving money to help children, volunteering. Choose what you would like to do – but do something! And do your best to make people aware of the state of the world’s children – and to build a world worthy of the hopes of our youngest citizens.

Pass this message on, through social media, through your personal friends, Esperantists and non-Espereantists, through letters to the newspapers. And remember to say “Thank you” today to at least one teacher or other professional who works with children!

For more ideas and information, go to www.unicef.org/world-childrens-day

The UEA team at the UN