Saluton from Radaro!  This week we open with a story from the humble, dedicated president of Esperanto-USA, filipo:

What disrespect I encountered!

I looked around the room and realized what kind of group I had joined.  There were some folks a bit like me but there were quite a few who were not like me at all.  But that did not make me feel uncomfortable for some reason.

But then something happened that made me sad.  I thought the members of this club were being disrespectful to one of the participants.  There was a blind lady who seemed to be a part of the group.  Somebody had a commemorative plaque that they wanted to show to the group.  They started passing it around, and somebody specifically mentioned that maybe the blind lady might want to see it.  Yes, pass it to her so she can see it.

I was very uncomfortable.  Couldn’t they remember that she was blind?  Did they not know she would not be able to see what they were passing around?  I wanted to say something, but I did not speak up because I thought the embarrassing moment might pass quickly.

The plaque reached the blind lady.  She took it into her agile, sensitive hands and felt of it, running her fingers over the surfaces with care.  Then I realized that this was how she saw!  I had been mistaken!  It was I who had been blind!  I am glad I had not spoken up.  She could see!  She saw with her hands!  The group had kindly included her in the conversation in a special way.

I learned something valuable that day.  I learned that the Esperanto Club of North Texas was a kind, inclusive, open-minded group of friends who respected one another despite obvious differences.

I think Zamenhof would have been happy to know what happened that day.

Aaron Fingtam invites us all to improve our Esperanto by participating in a 30 day video making challenge!

An article on the important idea of nonviolent communication on UEA Facila: https://uea.facila.org/artikoloj/opinioj/%C4%89u-vi-volas-pravi-a%C5%AD-feli%C4%89i/

Although not exclusively an Esperanto website, it is one of the available languages you can search. You’ll find that there are a decent amount of books in Esperanto, so you may come across something interesting you’ve never read. Plus, they’re free to read, so why not? 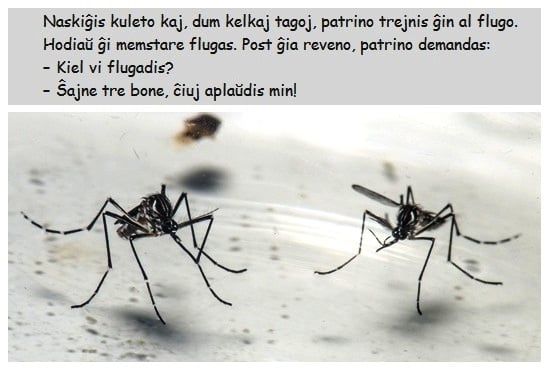 Ulrich Matthias is an author of a number of original Esperanto works and the one linked here is called Esperanto: La Nova Latino de la Eklezio. I wanted to direct attention to this particular book (which can be read for free on his website in Esperanto, English, French, and German) because it takes the idea of Esperanto’s unifying ethos and applies it to the Christian church. Matthias raises the idea of Esperanto entering the religious territory traditionally held by the Latin language in order to enchance the universality of the church and promote ecumenism. Perhaps this seems a bit out of left field, but it is certainly interesting to think about what role Esperanto could play in religious contexts and how it can integrate itself into pre-existing traditions, Christian or otherwise. Whether you are religious or not, it remains interesting to observe Esperanto being used as a tool by diverse communities to achieve their ideals.

Not exactly a “Creation of Esperantujo” but it is worth watching Esperantists tell their stories to non-Esperanto speakers and that is pretty much what happens in this video. Watch “Via Dio” Evildea as he is interviewed and tells about his experiences in Esperantujo. 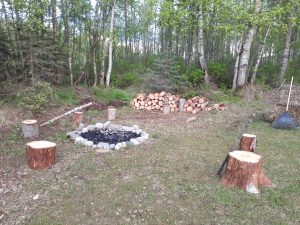